Posted at 10:28h in Photo Booth Rental Toronto by admin 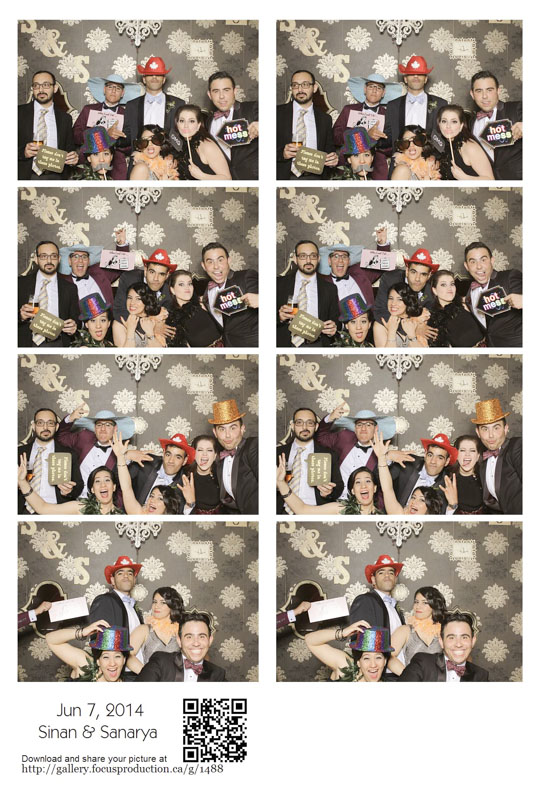 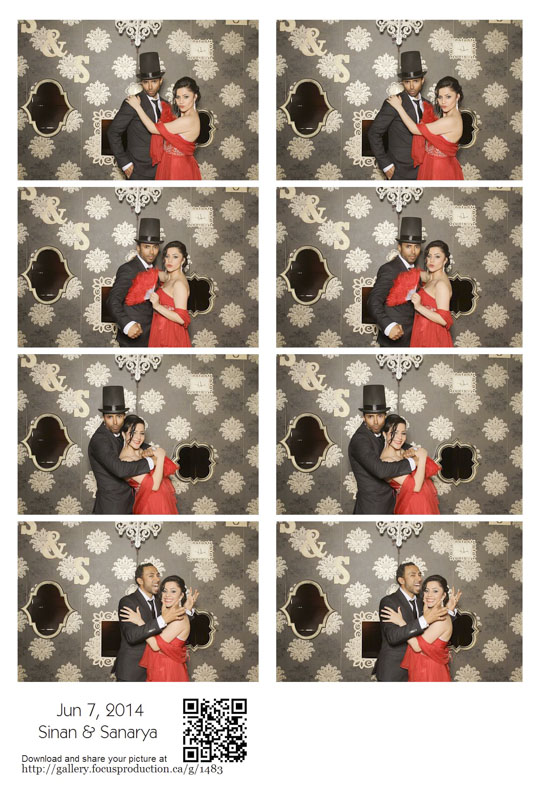 The weddings of Sinan and Sanarya are a vintage wedding that couples in the early years would surely envy. Why is that? Well that is because in every photo taken from the photo booth rental, it only shows how wedding photo booths can make a difference in revealing the quirkiness and funny side of each and every guest as well as the couples that formal wedding photos fail to display. With photo booth rental and funky props and costumes, couples along with their friends and family can unleash their hidden funny humor in striking the best wacky post without even trying.

Take a look on the photo strips where the couples’ friends showcase their poses in front of the camera that you will not typically see in the everyday life. Colorful hats, stick masks and some placards are some of the props the guests have used in their photos to display their inner comical side. As much as you wanted to appear glamorous with a touch of comedy, why not wear that oversize sunglasses and garlands or make your lips look exaggeratingly luscious before you strike that sassy look in front of the camera. And if you want to look the cool guy in the photo booth, spice up your get up with overly large hat or glitter hats while pairing it with the mustache.

Truly, many have enjoyed the wedding celebration because even the kids have joined the craze of having their pictures taken in the photo booth. With the chosen props and costumes, kids can be whatever they want to be in that special day. May it be a diva with a disco ball, or a fabulous cheerleader star waving their pompoms in front of the camera, every hilarious thing in mind can happen while having your pictures taken – you just have to pick the right props you like to use to nail the best photo in the wedding photo booth.

And if there’s a photo in the photo booth rental that is really worth keeping as a memento, that is Sinan and Sanarya’s photo which is a good example of a vintage wedding in modern times. The wedding couples strike their own pose in different angles to show that even in the photos they are truly meant to be. From the serious look of the couples where both poses like prominent people in the 1950s and match it with red feather fans to romantic snuggles that shows how much they love each other. Truthfully, Sinan and Sanarya nailed the best photo in the wedding photo booth in Toronto.

With a custom backdrop to go with their photo booth rental, it makes wedding celebrations really interesting and worth attending. It gives wedding guests and couples something they could take home as a memento from the wonderful party they have participated. In fact, the photos from the wedding photo booth can be printed onsite or uploaded directly to the social media sites which make photo booth rentals in Toronto weddings simply amazing. So if you wanted to have a memorable wedding like Sinan and Sanarya, why not consider having a wedding photo booth on your own wedding?